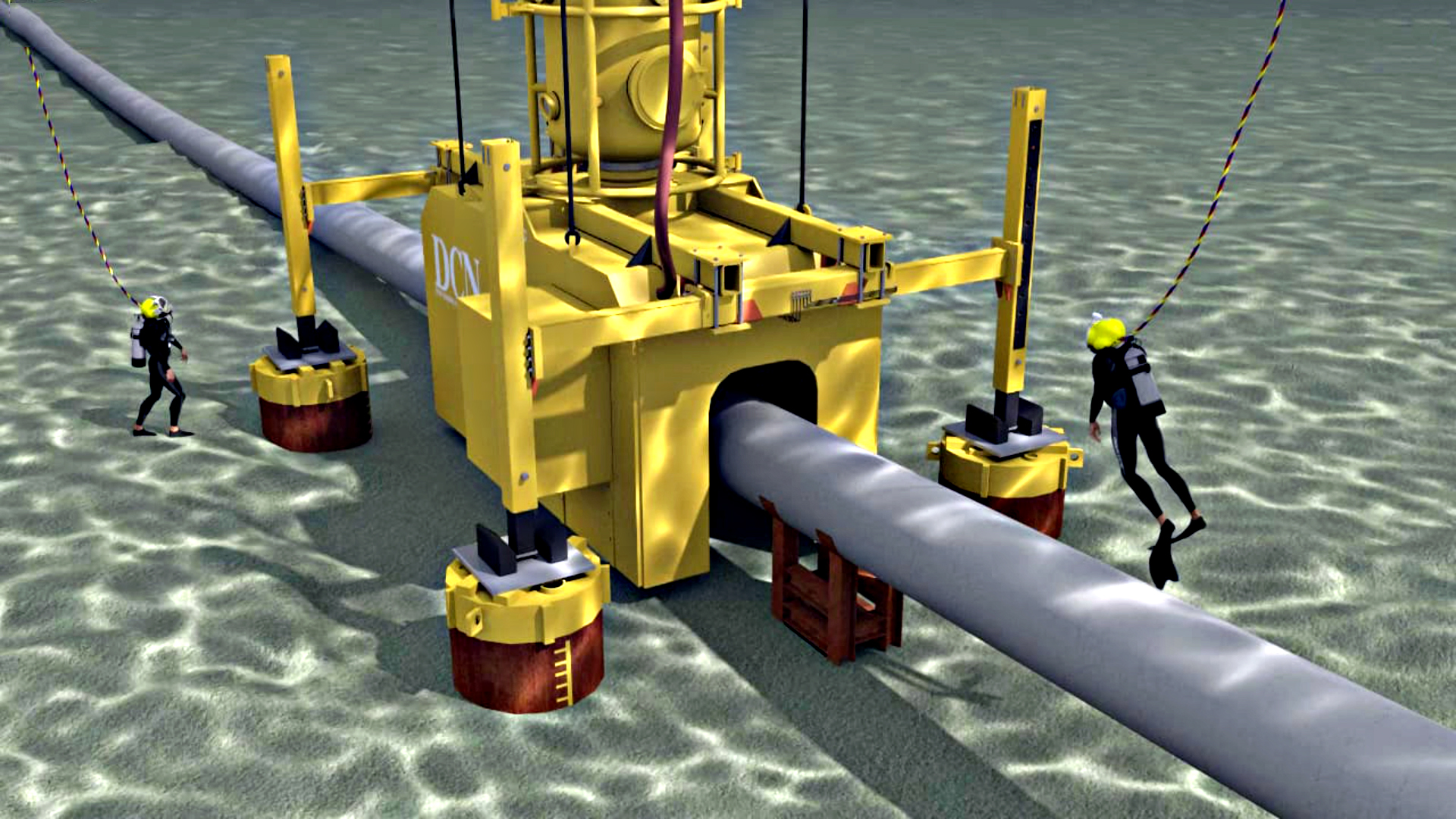 At the end of last year, DCN won the largest EPIC contract in the company’s history.

The Indonesian state-owned business PGN (Perushaan Gas Negara), specialising in the transport and distribution of gas, awarded the order to the Dutch diving company established in 1957 together with its Indonesian partner SGI, to seal a tear in a four year-old gas pipeline, located on the bottom of the Java Sea. The gas from the pipeline in question is transported to the capital city Jakarta, also home to the government of the Republic of Indonesia. PGN manages more than 5900 kilometres of transport pipeline, and supplies some 84 million customers with gas.

The tear is located on a weld seam and was first discovered in May 2013. During the course of that same month, PGN had a temporary repair carried out using a so-called Plidco clamp. Last year, following extensive research, PGN decided to carry out a permanent repair to the 32-inch pipeline, located at a depth of approx. 27 metres. The repair will be carried out by DCN specialists in the fourth quarter of 2015, while the pipeline remains ‘live’ (fully pressurised). In other words, throughout the hyperbaric welding work, the gas will continue to be pumped along the pipeline.

Worldwide, there are few companies capable of carrying out such an extremely critical welding operation under increased pressure. “The fact that DCN was awarded this order is above all thanks to the references we were able to hand over, and the fact that we have our own fully-equipped hyperbaric centre here in Bergen op Zoom, where we can simulate test conditions,” explained co-director Wim Vriens. “Here we can carry out ‘dry runs’ with the divers who will be responsible for the actual welding work under pressure in the Java Sea, and provide them with the necessary training and preparation for the extremely difficult circumstances in which they will be required to operate. All the tests in our centre will be carried out under the supervision of representatives of the client PGN, and the classification bureau DNV.” To allow the welding work to be carried out under water but in dry conditions, DCN will deploy a habitat that will create a safe and protected working environment for the divers.

The unique hyperbaric test centre in Bergen op Zoom is not only a test facility for diver training but also allows tests to be carried out on large sections of pipes up to a maximum diameter of 48 inches, or on valves that have to be installed on a jacket. The tank has an operating pressure of 200 metres, and a testing pressure of 280 metres. In a completely separate welding chamber, between two and three divers can simultaneously carry out welding work. Depending on the purpose for which the test area is used, the required atmosphere can be created. The complete facility at the DCN hyperbaric centre includes a separate control container and a saturation chamber under overpressure, with living accommodation including shower and laundry facilities.

Wim Vriens explained: “Fifteen divers will be specially trained for the PGN project here at DCN in Bergen op Zoom, of whom ten prequalified divers will eventually be deployed. Of this team, nine divers will be spending approximately one month in saturation, in order to carry out the repair according to the welding method we propose. In total, a team of approximately 100 DCN staff will be deployed on location in the Java Sea, not including the crew of the Normand Baltic, the DP2 diving vessel we have chartered for the project, equipped with a 100-tonne crane, moonpool and helicopter deck.”
See also our NEWS section.