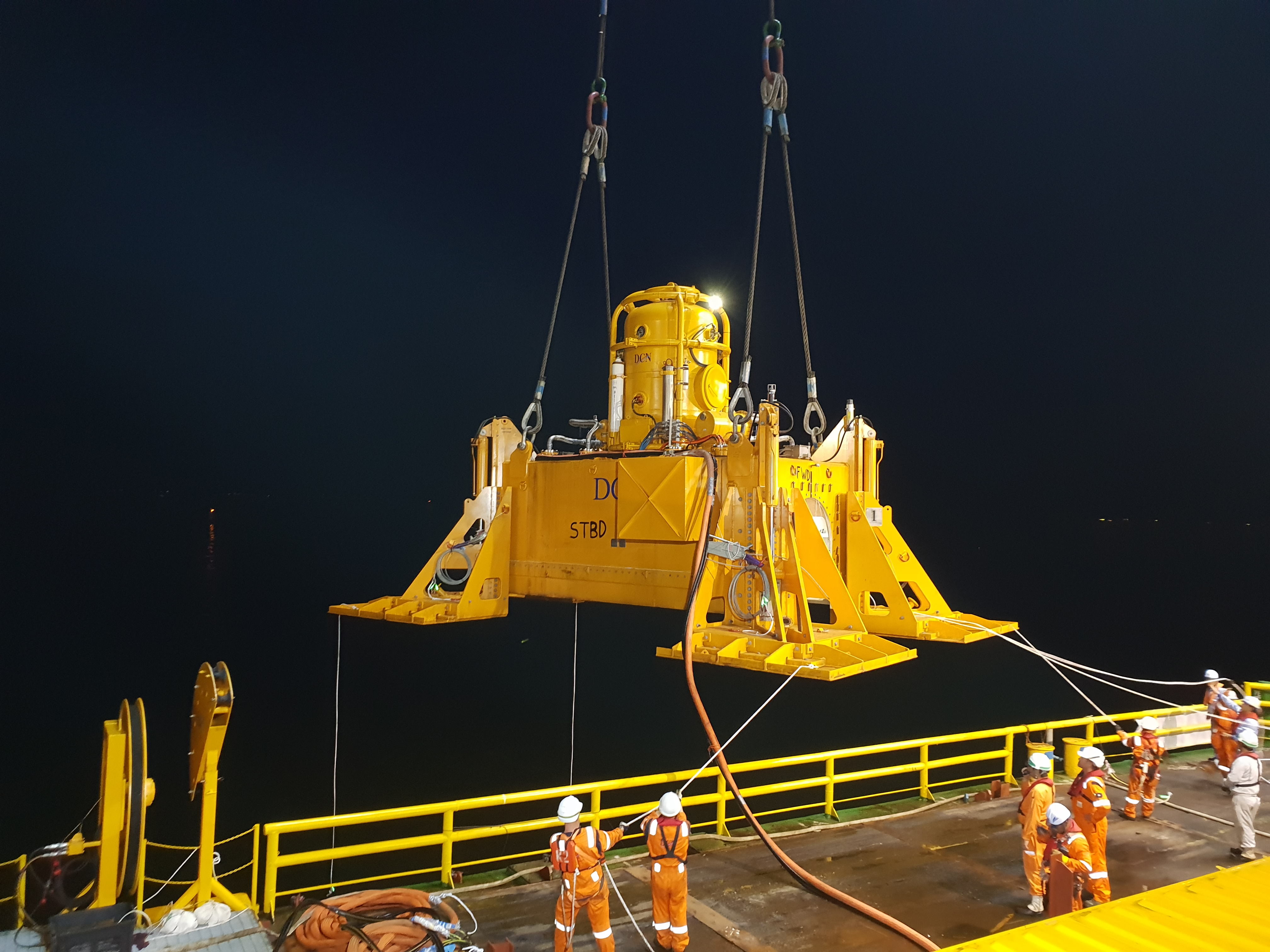 The PLEM from TOA Oil was connected to an SBM. Due to an anchor drag the PLEM was damaged. The pipeline has been put out of service and the PLEM has been removed by a Japanese contractor.

The existing pipeline was constructed  in  1969.  During inspection some small indentations  (approx.  0.5mm depth)  due  to corrosion  were found in the internal surface of existing pipe. Although initial wall thickness of the pipe was 13mm or more, the effective thickness may be approximately 12mm or 11mm at this  moment.

A sample of existing pipe was recovered from the seabed and used for the WPQT was still 13mm thick.