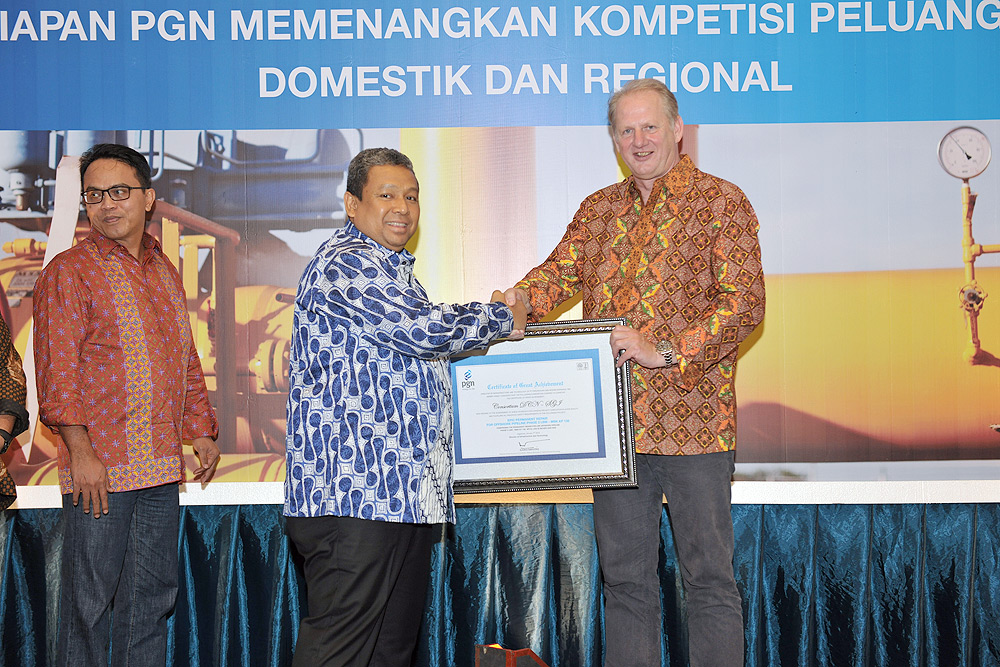 Certificate of Great Achievement for DCN

Early January 2016 DCN International Diving and Marine Contractors has received a Certificate of Great Achievement for a startling welding operation in the Java Sea.

At the end of 2014, DCN was awarded the largest EPIC contract in the company’s history. The Indonesian state-owned company PGN (Perushaan Gas Negara), the national gas transportation and distribution company, awarded DCN the order to seal a tear in a seven year-old gas pipeline (commissioned 2006) located on the seabed in the Java Sea. The crack had been discovered in 2013, and temporarily sealed using a Plidco clamp. Switching to another pipeline was not possible, so one of the requirements imposed by PGN was that throughout the repair, the gas supply had to be continued without interruption.

DCN developed and employed a unique method that made it possible to repair the crack in the 32-inch gas pipeline three times more cheaply than by installing a bypass. The company introduced a method, where the critical repair could be carried out on a live, operational gas pipeline. For the client, this new method meant a saving of millions.

The entire repair project was successfully concluded by mid-October 2015, well within the agreed timeframe, on budget, and without a single personal injury.

The Certificate was handed over to DCN director Ton Stuifzand by PGN Director of Infrastructure and Technology Pak Djoko Saputro during a special event in Greater Jakarta.